A little late, here is a report on my recent trip up to the Highlands in search of that dream cottage of my childhood imaginings. And, yeah, good news is I found it. 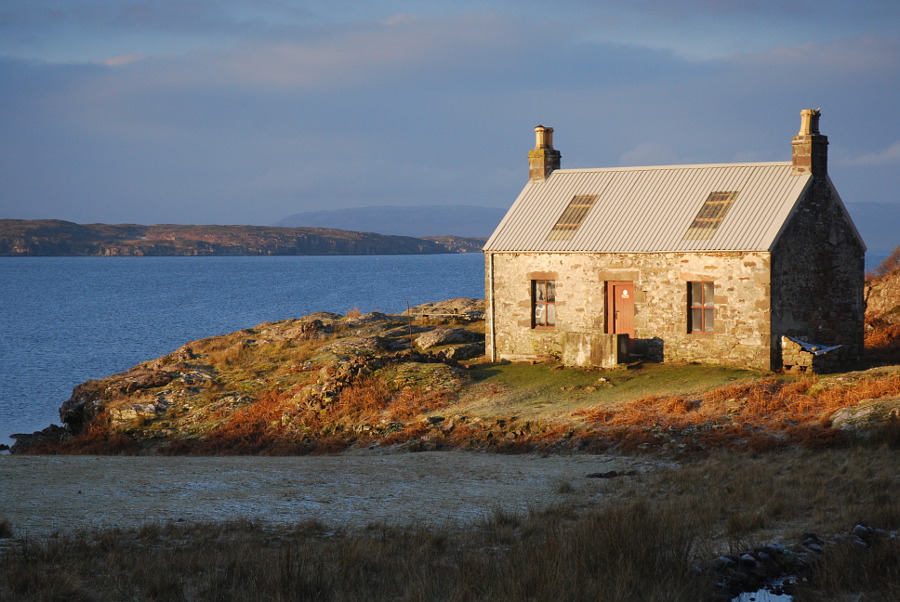 Uags bothy is only a 2 and a half mile walk from the nearest little village, but it took us 2 hours. The reward is totally worth it. A single cosy cottage perched on an outcrop of rock above a cove, backed by a little wood. In front of the house is an area which would once have been cultivated, and now looks for all the world like a bowling green dropped onto wild moor land. Across the other side of this green is a large waterfall and a group of about five little ruins – a village, once. 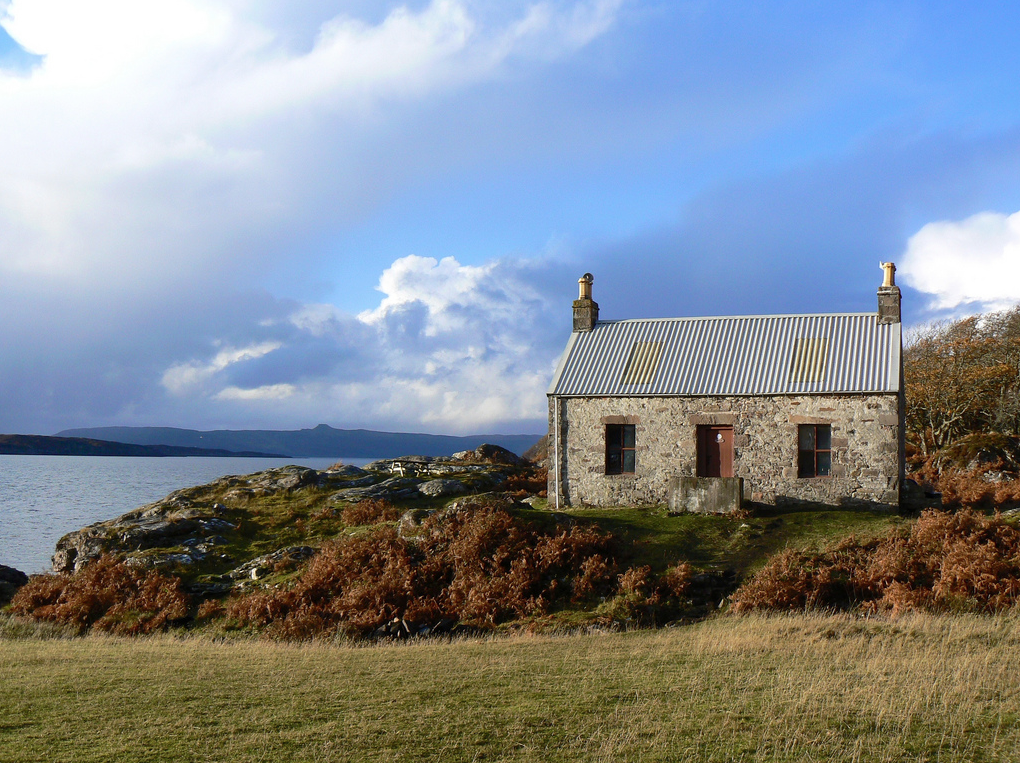 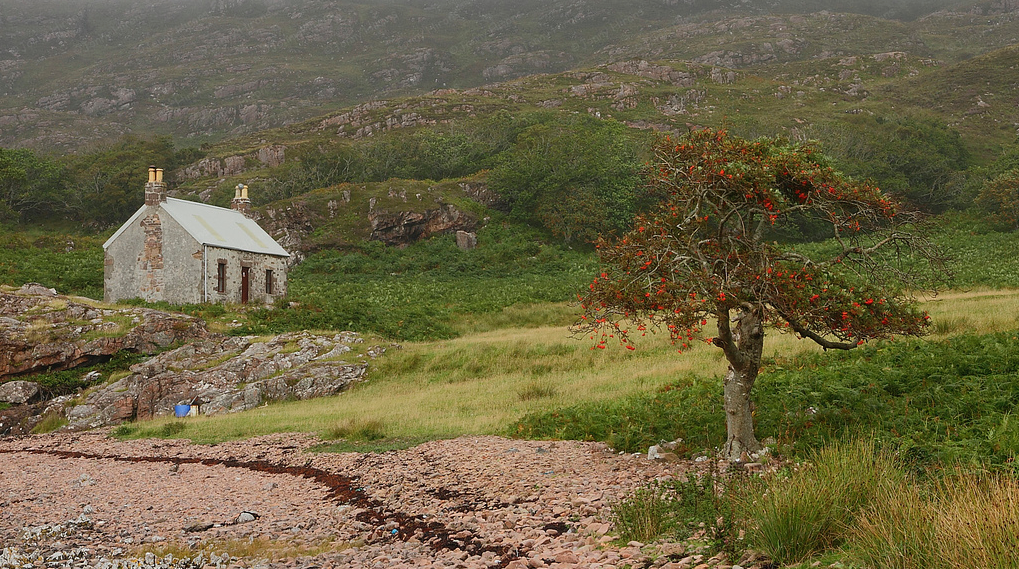 This is the main room inside, although it looked much cosier when we arrived. That magnificent home-made throne is still there, but there is also a rug and some cosier cushions. Oh, and some antlers over the fire, obvs. A an interiors stylist must have done the hike in at some point. 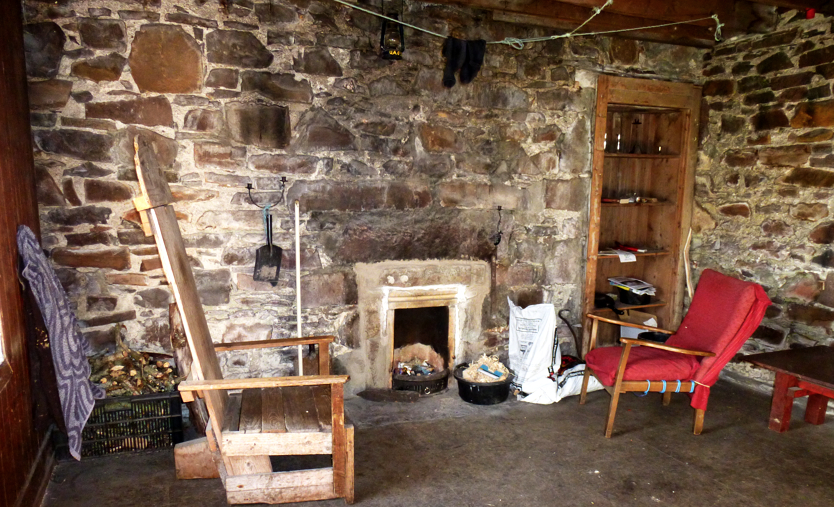 Often in these little villages it seems to be the largest house that has lasted as a bothy, because it was the last house to be vacated by its owners. From its position and size relative to the ruined cottages this was presumably once the harbour house. The visitor’s book contained an entry from someone who had first visited in 1972, when apparently the effect was just as if you had entered a proper house that the owners had just popped out of for a moment. In one room upstairs were two little iron bed frames – rumoured to creak with ghostly weight in the night.

We also camped at the beach above overnight, in a crazy thunderstorm – nice way to road test a new tent. It’s Calgary Bay on the Isle of Mull, and despite the name, and the weather, it was a lovely spot. We even had a swim next morning. In Scotland you are allowed to camp pretty much anywhere, so you are not restricted to campsites and the whole Nuts In May type vibe like in England. And thanks to the ‘new’ North Coast 500, the Scottish tourist board’s smart wheeze at rebranding an existing road as a destination in itself, the long road up to the north of Scotland is now punctuated with smart coffee stops and even an Airstream caravan selling posh fish and chips. A London ponce will feel right at home. I know I did.