Wild hair, I suppose. But really it’s desk style. I was amused by this picture in the… yeah… Daily Mail of the Commander in Chief’s desk in Trump Tower. Look at the state of it. Teetering piles of crap everywhere. 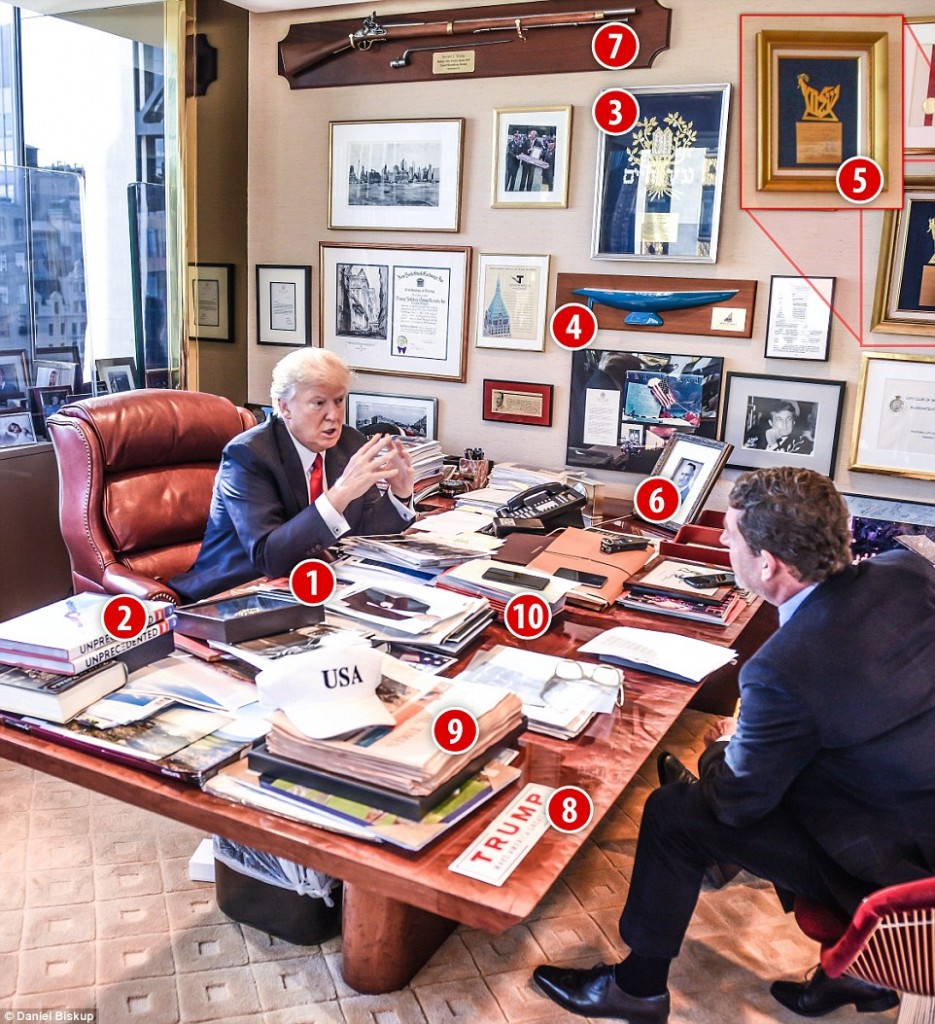 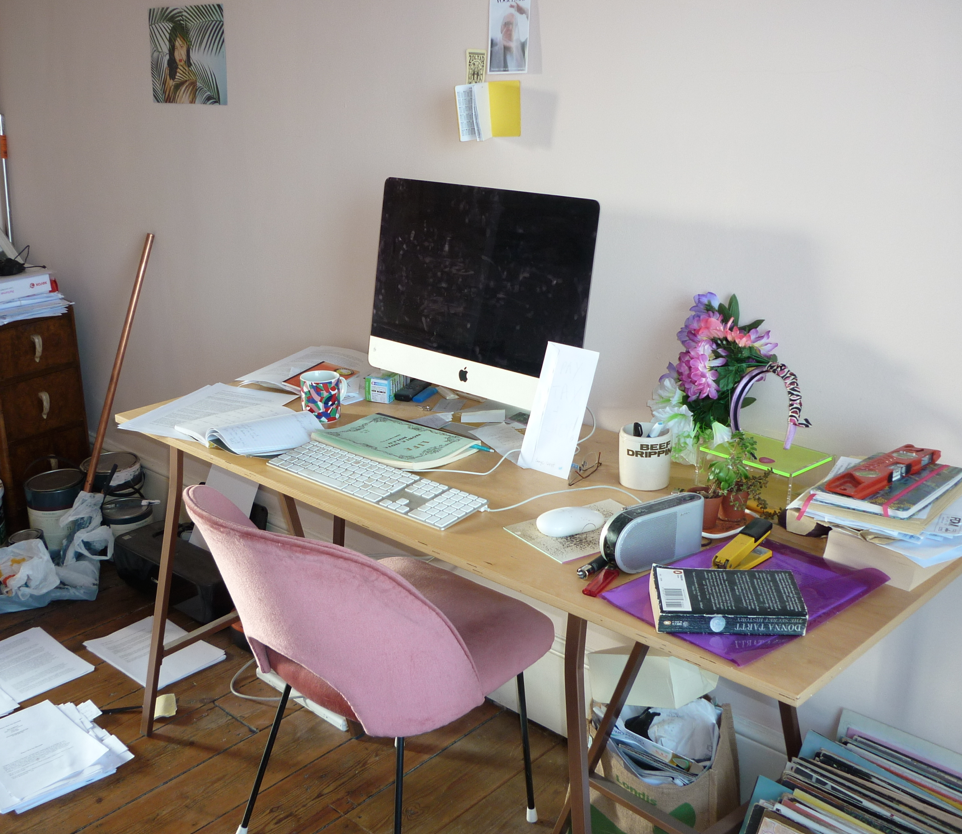 I use more of the floor than he does, and I could sure do with a similarly enormous bin as what he’s got. My little hessian recycling bag is overflowing. Where he has a musket hanging on the wall, I have my snorkel. Where he has a framed Playboy cover (just out of this shot but believe me, he has more than one) I have a sexy picture of a lady and a frond. 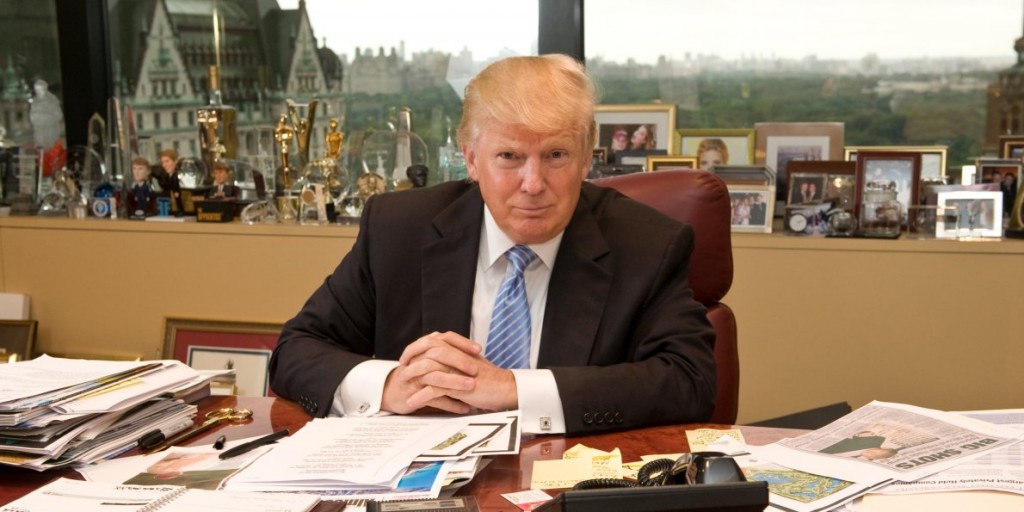 Here’s another picture of the desk. Check it out! Jill has had desks professionally fumigated* when they look less messy than this. 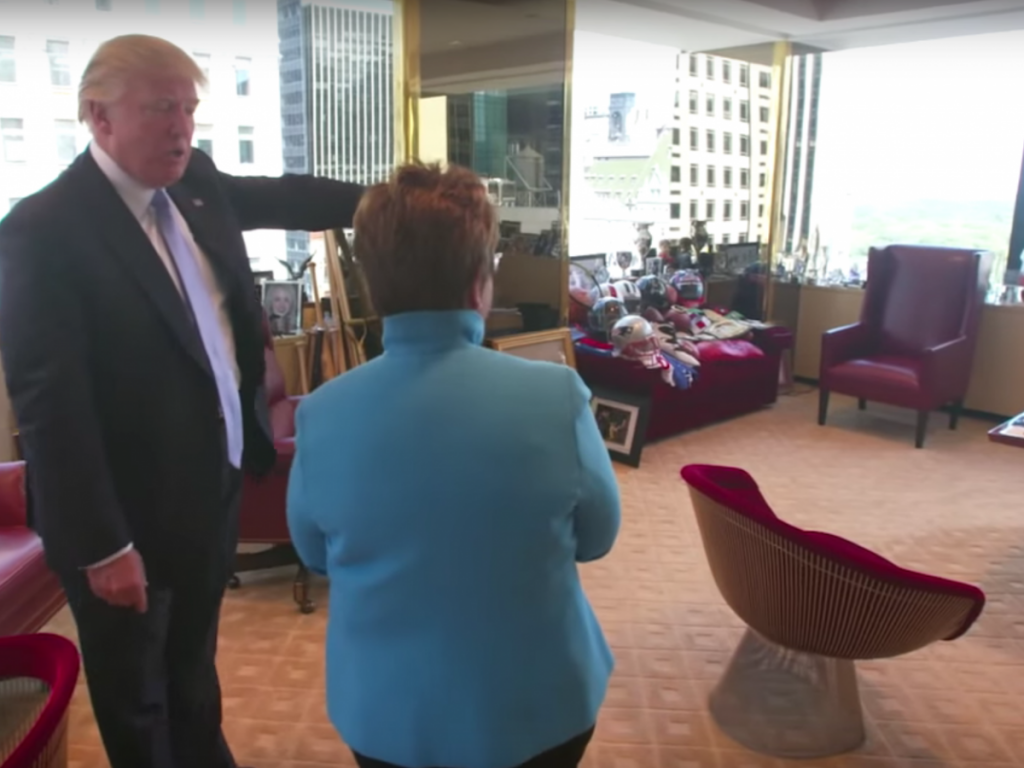 And then look at the other bits of the room. A sofa covered in hats and jackets (check). Then leaning in one corner are more than a dozen baseball bats. But what are the longer things? Left-over skirting boards? An easel? In my office I have lots of tins of paint, a pile of stuff to go to the charity shop and a DustBuster. I expect just out of shot Donald’s got the same.

DISCLAIMER: MFH is actually a fake news site operating out of Macedonia. Jill and I are in fact Balkan high school students. Very fake. Very sad.

2 Responses to “Things I have in common with Donald Trump”