Ah, a glorious late summer by the seaside. And even without leaving the house I’ve had plenty to amuse me out the window. For one thing a Russian oligarch (they literally get everywhere don’t they?) has moored his £2.25 million super-yacht right outside. It’s been there for days, with the occasional casual speed boat being launched from the black square on its hull, James Bond-style. The boat zooms into Margate harbour and the oligarch goes… to The Harbour Arms for a real ale? Barry’s Cafe for a cheese toastie? Who knows, but everyone’s imagination has been grabbed by it. People stand leaning over the sea wall staring at it, wondering what decadent super-rich type activity is going on inside. 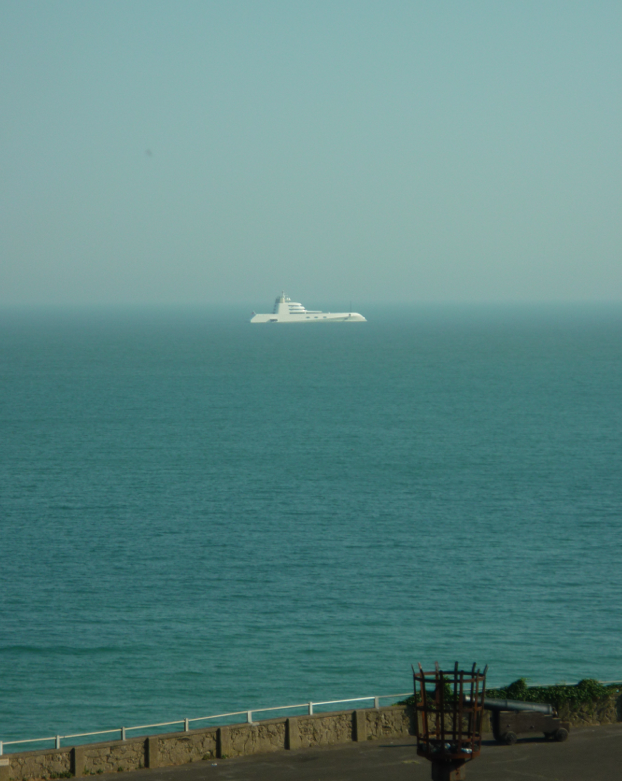 More community-spirited however has been a series of interventions in the shelters that sit along the cliff-top, including the one below my window. It sits at the head of the cliff, giving a perfect view of the astounding sunsets, but most of the seats are ripped out, and the ones that are left tend to smell a bit suspicious. This weekend a team of artists took it over, decorating it as a giant kite, and inviting kids, dads, whoever to come and make a kite there and fly it on the green. All weekend pretty yellow and white squares of plastic fluttered around in the hands of small children – nice to know health and safety hasn’t put a stop to everything. 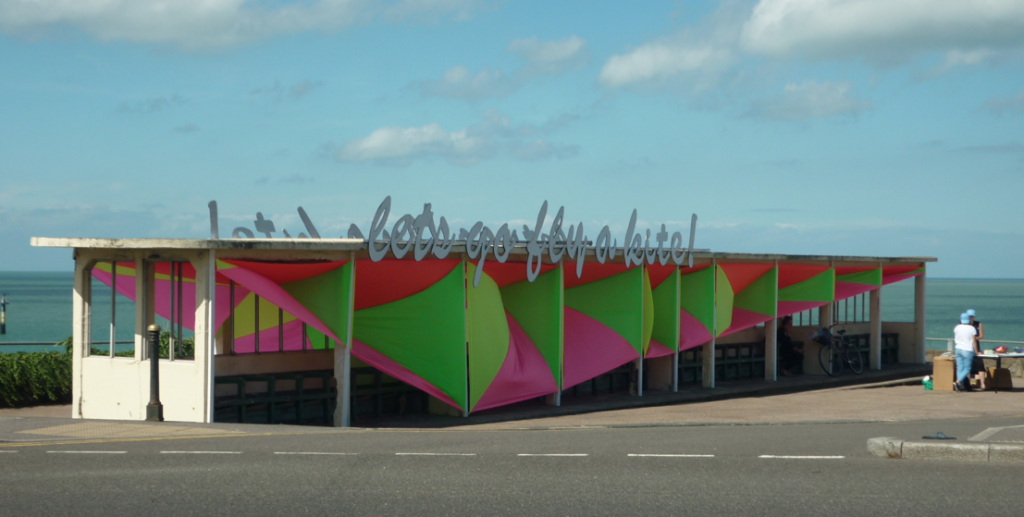 The do-over was part of a project to promote awareness of, and access to, the Margate Coastal Park. Created by architect Sam Causer and artist and researcher Carlos Maria Romero, the project has seen a huge amount of research into the 5-kilometre stretch of open space that runs through Margate from the Main Sands towards Broadstairs. It would once have been the perfect place for Victorian tourists to perambulate in their finery (whatever the Victorian equivalent of a Debenhams holiday kaftan was) – a wide area of lawn, dotted with bandstands, pavilions and shelters in which to see the sea and be seen, by the sea. Today the ‘park’ is somewhat sad, with lots of ugly interventions and the shelters in poor repair. Carlos’ project therefore asked artists to create temporary installations to get the shelters used and enjoyed again. 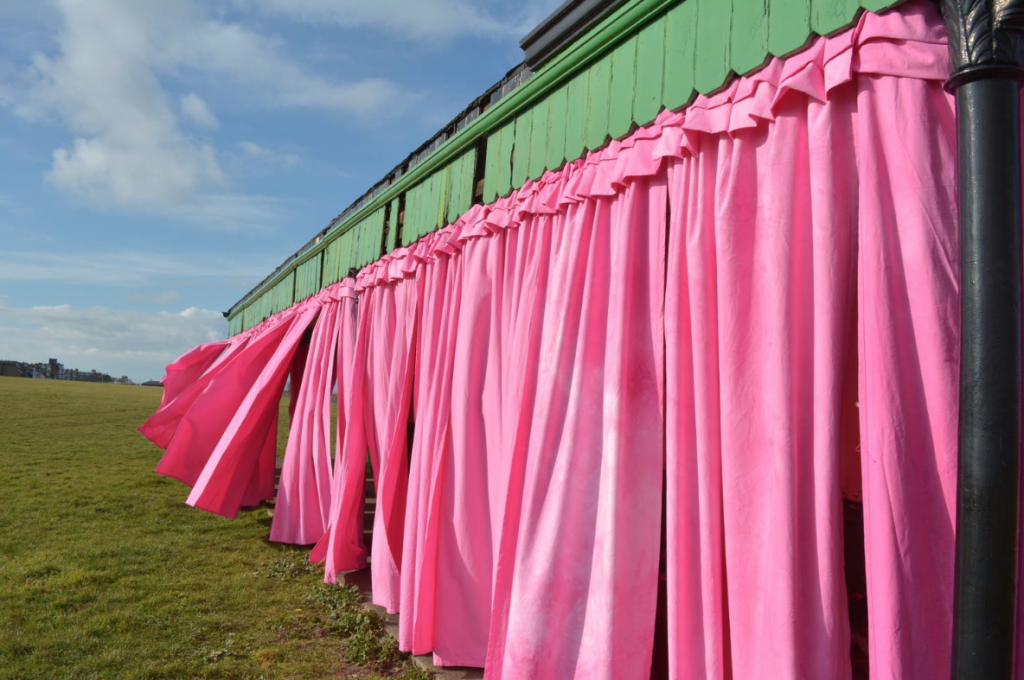 This is another – The Blushing Pavilion – which we stumbled across on a beach walk. This empty shelter has been reimagined as a coy, playful space in which local artists documented the hidden gay history of the town. The heavy pink curtains billowed in the wind, inviting you in and shutting you out as the breeze saw fit. The idea was inspired by Victorian skirts blown up by the sea breeze – how racy! Inside were fascinating installations about the current Margate drag scene and dress-up parades of the past, as well as pieces about the flashy deco-style of the nearby houses and the Georgian fashion for naked bathing. 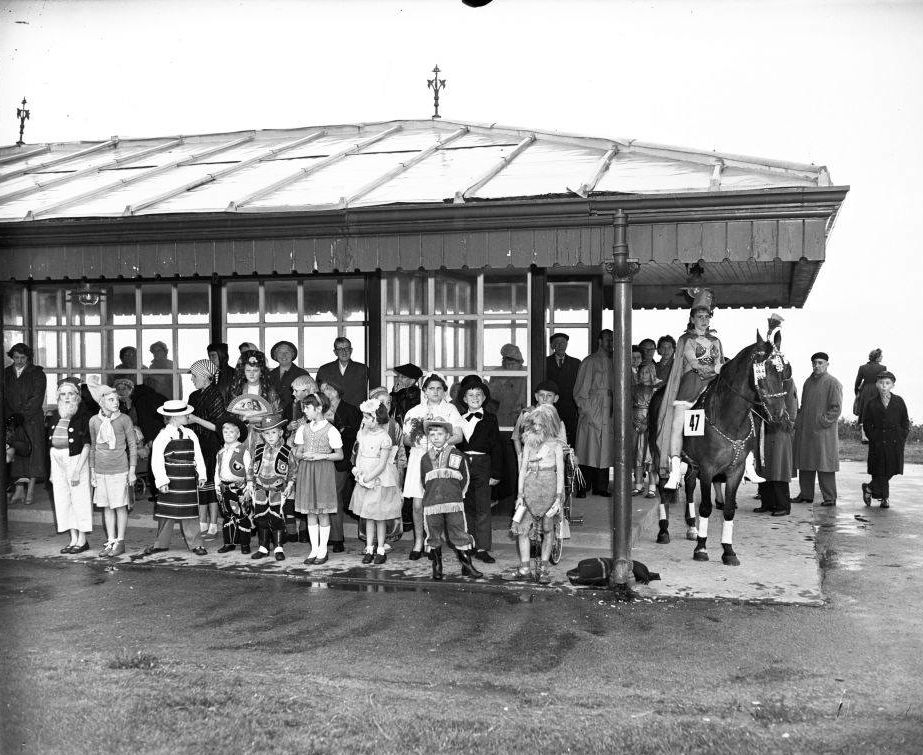 The above shot of the same shelter many moons ago display’s Margate’s love of the fancy dress box down the ages I feel. I loved the whole project – artwork and information to discover unexpectedly, and a vision of what, perhaps, the ‘park’ could look like if we all started to cherish it a bit more. It’s an ongoing project, with a great website that lets you see how the area has changed in the last 200 years. To see ‘my’ little shelter outside reborn has been a hoot – and goodness me if they’re not up to something else there this morning, festooning it with yellow ribbons in preparation for a sound installation next weekend. Can’t wait – hope the oligarch sticks around for it too. 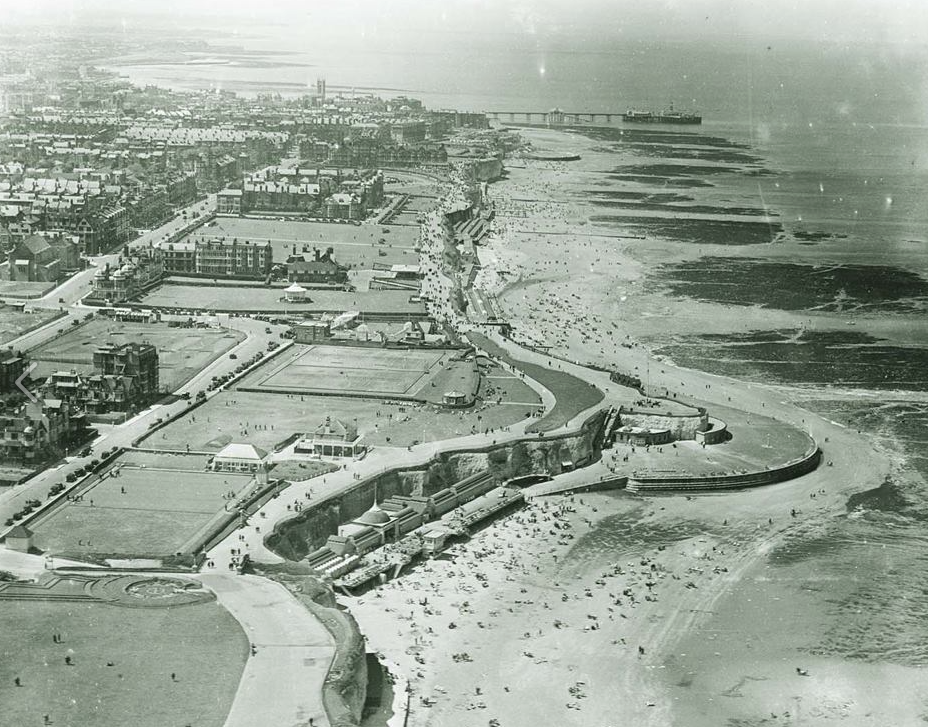 One Response to “Gimme shelters”